“In addition to premiering a new English language translation, the 2013 revival introduced new scenography and acrobat, Robertson. Since its debut at Canadian Stage, the English version of Needles and Opium has mesmerised audiences worldwide.”
Broadwayworld.com Toronto

“Having originally debuted during the NAC’s French theatre’s 1991-92 season, the rewrite of this two-decade-old masterpiece is extraordinary.  From its brilliant set to impressive acting to the great translation by Jenny Montgomery, this performance is nothing short of fantastic.”
apt316.ca

“The play, translated by Jenny Montgomery and directed by the playwright, is a rewrite of the show which debuted in the NAC French theatre’s 1991-92 season as Les Aiguilles et l’opium (Lepage was artistic director of the NAC’s French theatre at the time and performed in the original one-person show). The new show is technically astounding, often very funny, and, this being Lepage, theatrical as all get out.”
Le cercle des critics de la capitale

“But it’s Lepage’s examination of the human heart, his ability to turn heartbreak into a visual and aural metaphors that resonate that is most affecting.”
The Globe and Mail 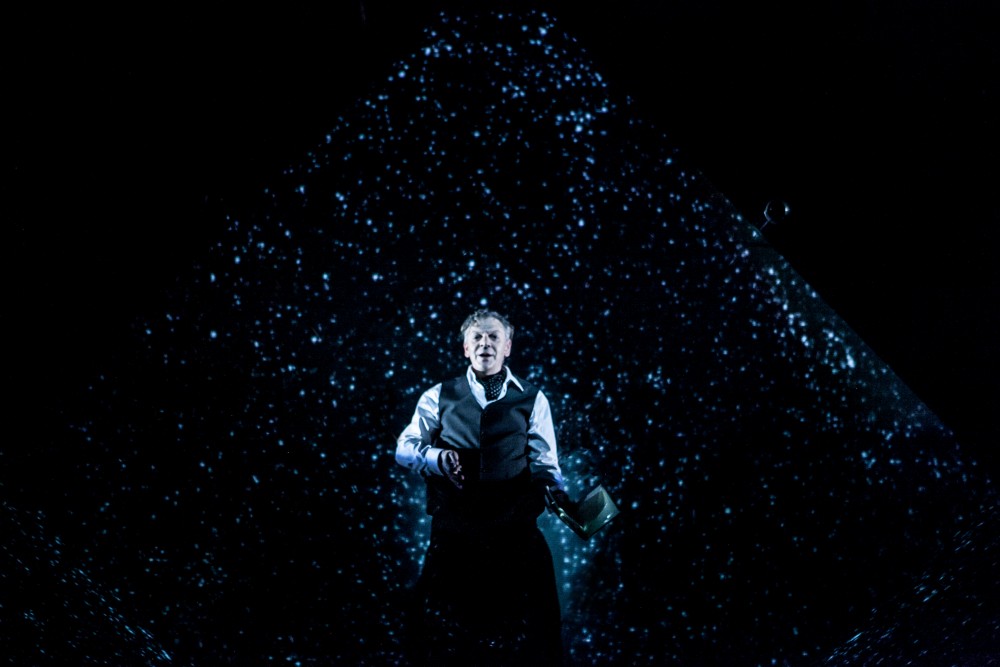